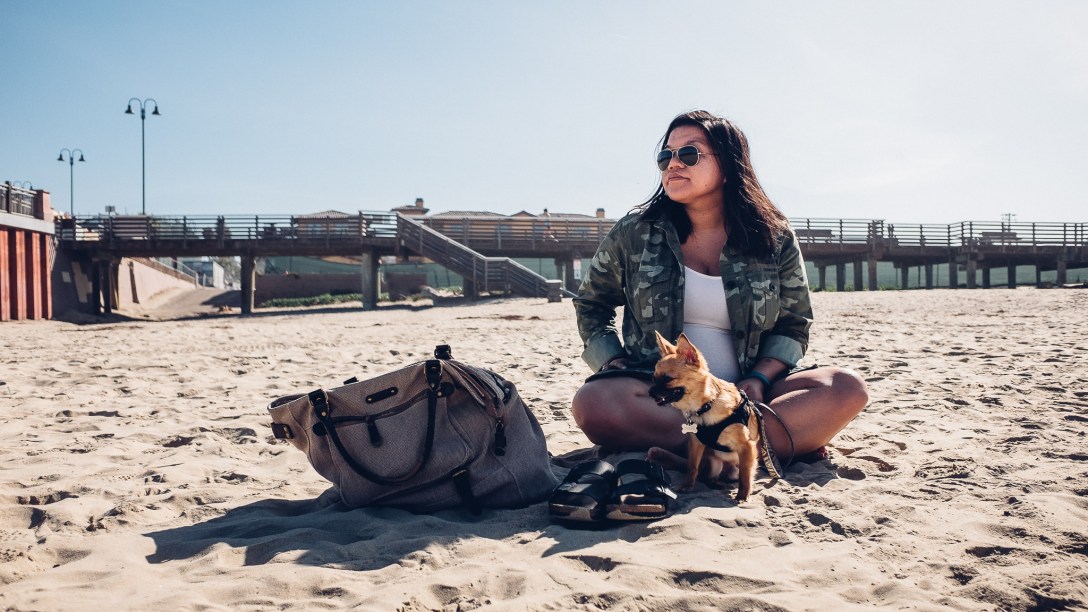 “Still breech,” my OB-GYN exclaimed, as she glided the ultrasound probe over my belly.

It’s been two weeks since my standard 32-week prenatal checkup, where — in addition to analyzing my urine, asking about my exercise and diet, and addressing any concerns about the quickly approaching birth — my doctor checked the baby’s position. If the baby were head down, then he’d be in perfect position for childbirth. If not, then we would have to make some decisions.

During that appointment, after rubbing my rapidly growing belly with ultrasound gel, my doctor also proclaimed that my baby was in breech (feet down, head up, and an unsafe position for a vaginal birth). We had some time to explore next steps at that point, so my doctor reviewed some options.

Option one: an external cephalic version (ECV), a procedure where a doctor would try to physically turn the baby by applying pressure on my stomach from the outside. The success rate? About 50 percent. And, while complications were rare, they were possible: early onset labor; my water prematurely breaking; minor blood loss for either the baby or me; or even fetal distress that could lead to an emergency C-section.

Option two: I could try natural methods a few times a day to encourage the baby to flip. These included simple exercises, like hip raises and some prenatal yoga, and even out-of-the-box techniques like playing music at the base of my belly.

Option three: scheduling a C-section, sometime between weeks 40 and 41 of my pregnancy.

And, finally, option four: I could just wait to see what happens. At that point, she assured me, we still had some time to see if the baby would flip on his own. So, while we needed to keep alternatives to a vaginal birth on the back of our minds, I didn’t need to worry about deciding what I wanted to do just yet.

“Come back in two weeks,” she told me. “We’ll double check the position of the baby then, and we can make a firmer decision on what you’d like to do.”

And that brings us back to the beginning of this story. After hearing the news that my baby was still in breech, my heart raced. Then ultimately sunk. After feeling all that movement over the past two weeks, how could this baby not have turned? But I couldn’t dwell on my concerns for too long; I had to figure out what I wanted to do.

I already knew that the external version was out of the question. The procedure’s complications were minor, but, for a first-time mom, they sounded downright frightening. (Plus, I heard from a distant friend who had attempted an external version: it would just freakin’ hurt.) The natural methods — the exercises and belly music — obviously didn’t work. So my choice was made for me: I scheduled a C-section on August 16th, a couple days before my due date. I could still wait to see if the baby would turn on his own over the next few weeks, but if he didn’t… the opportunity to deliver my baby naturally was off the table.

I left the doctor’s office in silence — and feeling numb. As Reggie and I drove back home, he asked me if I was okay. And that’s when it hit me: I was really upset that I needed to get a C-section. For reasons unknown to me at the time, I burst into tears and cried all the way home.

Why did this fact bother me so much? It wasn’t until some time later that I realized why.

First, a C-section was a complete mystery to me. In the months leading up to this appointment, I had attended countless pregnancy classes, read multiple articles, and gained as much knowledge as possible on childbirth — but all that information was specific to a vaginal birth.

I knew natural pain coping techniques. I knew the benefits of the bacteria transferred to the baby through her mother’s birth canal. I knew about the ice packs to help with the post-delivery soreness. But I had no idea what to expect during a C-section. Would I be awake or completely unconscious? Would I still be able to have skin-to-skin contact with my baby as soon as he was born? What would happen if I went into labor naturally, but the baby didn’t turn? What was the recovery period like? How would a C-section impact breastfeeding?

My ignorance made me feel ill-equipped and unprepared, both physically and emotionally.

And, secondly, I just felt like I had done something wrong. In the back of my mind, I knew there wasn’t anything I could have realistically done to prevent my baby from flipping head down. But my body was responsible for taking care of him before he entered the world; I couldn’t help but feel like my body was preventing him from preparing to enter the world in the most ideal way possible.

It didn’t help that many people around me made comments that seemed downright judgmental. Like a male relative, who said that getting a C-section would be easier. Or the expectant mother in our childbirth preparation class who asked why would anyone get a C-section when the benefits of delivering vaginally were so apparent? Or the distant friends who told me I was lucky that I didn’t have to deal with labor pains.

Because when I heard people say that a C-section was the easy route, I felt like a cop out. Even though the situation was out of my hands, I still felt like I was already failing as a new mom. Although I wasn’t confident that I could successfully parent my baby when I arrived, I initially felt confident enough in my body that it would support me during the childbirth. And, suddenly, I felt like my body betrayed me.

And realizing that sucked, big time.

So how did I come to terms with my approaching C-section? Honestly, I don’t think I ever did. I found myself explaining my situation to people around me on an endless loop: I’ve scheduled a C-section; my baby is breeched; this is the safest way for him to be delivered. And that explanation became my lifeline, while my C-section date crept closer… and while I felt like I was floating around aimlessly, buoyed by fear and a pervasive sense of failure.

Sarina C. is a freelance writer and photographer, full-time HR professional, and a mother of two. She is a self-identified Netflix-binger, will eat anything at least once, and loves nothing more than a perfect cup of coffee. She currently lives in the San Francisco Bay Area with her husband Reggie, her two sons, and her Pom-Chi puppy Henri. View all posts by Sarina C.

2 thoughts on “Getting a C-Section, Pt. 1: Breech Babies and My First Feelings of Failure as a New Mom”